The new chancellor has just announced the tax changes in his mini-budget.

Below I summarise the budget’s main points for contractors and limited companies.

The goal is to boost growth and leave households and businesses with more disposable income.

Here are the main points:

This is BIG news for limited companies and business owners. In a previous budget, the corporation tax rate was to increase to 25%!

The planned hike would have come with extra headaches for those who own more than 1 limited company, due to the associated company rules.

Kwasi Kwarteng cancelled that. The corporation tax rate will remain at 19%.

The higher +1.25% dividend tax is already in place but we will go back to the previous levels starting April 2023.

From April 2023, dividend tax rates will be as follows:

Again, another relief to company owners and investors.

This applies to all UK taxpayers with income higher than £12,570 (personal allowance).

This together with the National Insurance contribution hike being cancelled will leave more ££ in taxpayer pockets.

But a more drastic tax cut happened on the higher end of the spectrum.

In April 2022 the rates of National Insurance (NI) increased by 1.25% for one year and the plan was to replace this increase with a Health and Social Care Levy from April 2023.

The increase will be reversed from 6th November 2022 and the Health and Social Care Levy will not be introduced at all.

IR35 legislation taxes the self-employed as if they were employees, if they work in a similar setting.

In theory, this can work. In practice, it’s very hard to apply, vague and unclear.

The recent reforms tried to improve the situation by putting businesses in the driving seat. Businesses had to make the call on whether the consultant/contractor was acting as a disguised employee.

The rules are a mystery even to HMRC. This resulted in unnecessary paperwork, IR35 insurances, more consultancy firms, and more admin costs to businesses and taxpayers.

Now, the IR35 reforms will be repealed and the responsibility for judging the IR35 status will go back to the contractor.

Check out this article if you’re wondering whether you are better off outside IR35 or in a perm role.

If there’s one place where constant tinkering takes place, this is the stamp duty land tax! They love to touch this, don’t they.

This time the Chancellor increased the thresholds, effectively cutting the tax paid on purchasing homes.

The vision is growth.

It’s a growth plan and to get Britain growing, we need to get rid of the burden of taxation. You can’t tax your way to growth.

Right now the economic situation is not great.

The tax cuts look like a relief in the short term. Longer-term we’re borrowing from future generations / future selves.

Maybe the growth uptick will happen, maybe not.

One criticism is that the new tax cuts will add more pressure to the UK’s ability to pay its debts. This is crucial in a climate where interest rates are rising, which means the debt gets more expensive.

No, the UK government will not default on its debt. It issues its own currency! But it might be forced to print more money to pay it resulting in higher inflation. Add the burden of weak sterling and we have a dangerous situation ahead of us.

The markets did not take the Truss plans well. It’s the first time I see the sterling so weak in my 12 years in the UK.

And I’m not talking about Raheem 😉

We live in a global world. A weak currency is good in countries where exports are high so your trade partners can buy cheap and raise your standard of living. When you’re importing a lot more than you’re exporting, a weak currency can cause problems.

The bond market has not taken the tax cuts with much optimism (10y bonds link).

When faced with uncertainty, the markets will always act in a ‘Sell first, ask questions later’ mode anyway.

On the plus side, this will deliver some income to new bond holders who finally see some of it.

Focusing on what we can control

In 2019 I wrote ‘Does anyone own bonds, nowadays‘? The 10-year yield was 1% per year… Not very attractive admittedly.

But a 4% yield? That’s a different story. Perhaps some people will start owning bonds and the 60/40 portfolio is not dead yet.

I know, I know, inflation at 10% makes a 4% return look like a joke in real terms. But in reality, what’s the risk-adjusted alternative? Fixed-rate deposits at 3% or cash?

Higher interest rates also make overpaying your mortgage another option. This is a tax-free return on your money after all. It is something I consider doing when the remortgage comes due in 2024.

Will I continue to invest in this climate?

Of course, I will. This is the only way to protect our wealth against inflation long-term (and against a dropping currency..).

Focusing on what I can control is key here. Own skills, spending/saving, income, asset allocation, fees.

At some point the interest rates will stop rising, the tide will turn and the world will keep turning.

What are your thoughts?

Will the plan work? 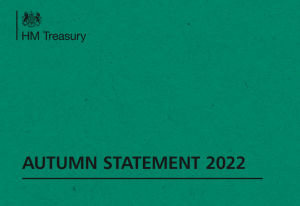 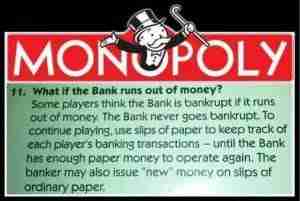 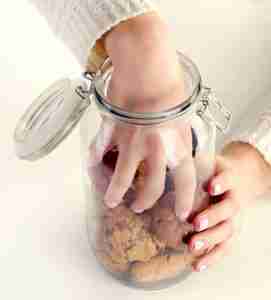 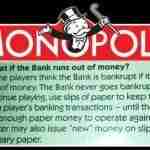 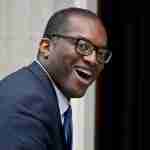 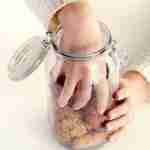